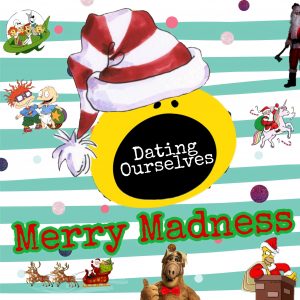 For this year’s holiday special, the gang wanted to do something fun. So we decided to take 16 of our favorite TV specials of the 80s, 90s, and early 2000s… and pit them against each other in a single elimination tournament we are calling MERRY MADNESS. We have 16 different holiday episodes that will lock reindeer antlers, and only 8 will emerge victorious. Much like the NCAA Basketball tournament of a coincidentally similar name, our contenders are split into 4 regions. Due to the breadth of what we’re trying to cover, we have split this special into two action-packed episodes. The first half is being covered now, on December 17th, the one year anniversary to the Dating Ourselves Podcast debut. The second half will be posted on throwback Thursday, December 20th.