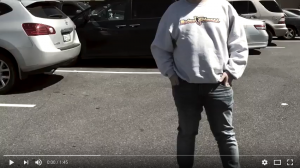 Welcome to the third go-around of what we are calling Brian’s Unexpected Covers. Essentially, popular songs from 1980 – 2005, performed in a style very different than originally intended. This video is also an homage to one of childhood retail heroes. Toys R Us was one of the most iconic children’s stores in the US, and all over the world. In 2018, after years of battling financial troubles, the company began shutting down all of its store. In its glory days, the Toys R Us jingle was an unforgettable and interconnected part of the brand’s dominance over the toy industry and the whimsy in children’s hearts. This version takes influence from the symphony-style guitar arrangements of musician and astrophysicist Brian May. May, most notably the lead guitarist of English rock band Queen, experimented with gigantic guitar tones and interesting harmonies, found in songs like Killer Queen, I Want to Break Free, and God Save the Queen. In this version, I started out with the familiar, major-key version of the Toys R Us jingle, but stick around for the second half, when I share a “minor” surprise. If you have any songs from the 80s, 90s, or early 2000s you’d like to hear covered, please feel free to request a song and, if you’d like, the style of music, and we’ll do our best to try it out!